On our way home from Minneapolis we had an unexpected layover in Chicago. This was due to our flight from Minneapolis to Chicago being cancelled. Which in turn meant we would miss our connection to London and so had to have our whole journey rearranged. (A big thank you to the lovely American Airlines ladies who dealt calmly and quickly to rebook an entire flight and managed to keep our group together) The new flights meant a lay over in Chicago of 6 hours, but fortunately we were allowed to leave the airport. The cast scattered to the wind when we were given that news. 6 of us headed down to the subway - the L - and into town. 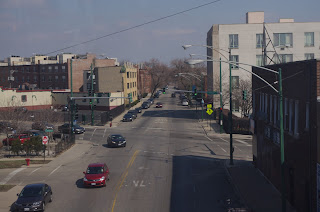 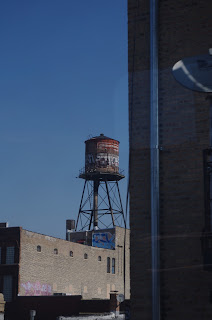 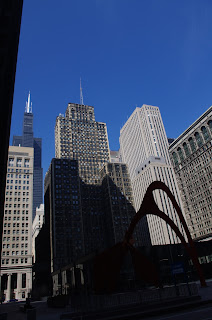 We walked from the L station the couple of blocks to the Sears Tower - now renamed Willis Tower - which has an observation deck. 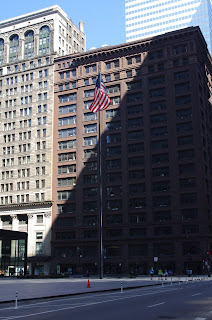 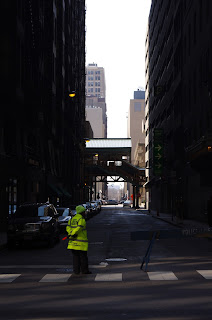 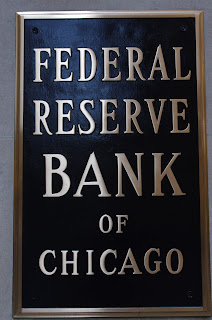 We had hoped to participate in one of our favourite pastimes - drinking cocktails in a tall building, but sadly it wasn't to be. The view was still amazing. 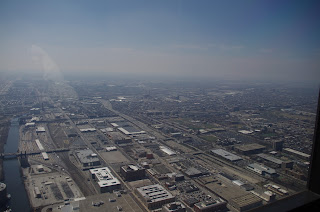 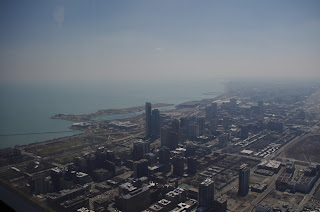 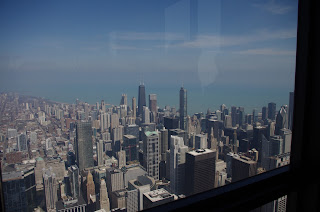 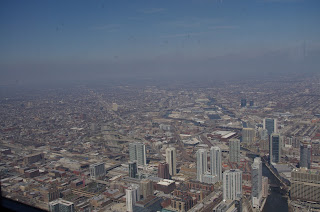 After the Willis Tower we took a cab to Millennium Park, it was only 6 blocks but we were very tired and carrying all our hand luggage, including several instruments. As the weather was nice we bought sandwiches and sat in the sunshine for a picnic. 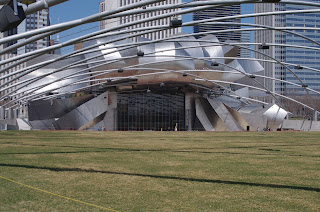 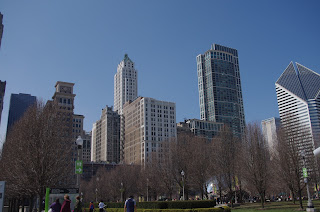 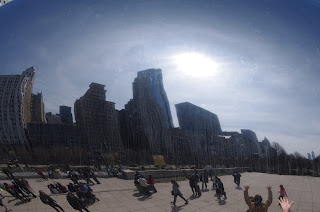 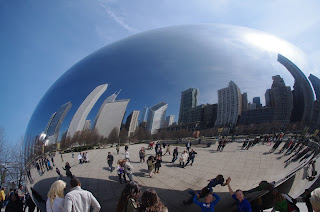 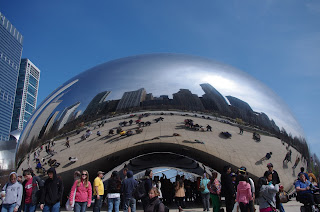 The Bean was great fun, seeing ourselves and the surrounding city reflected and distorted. 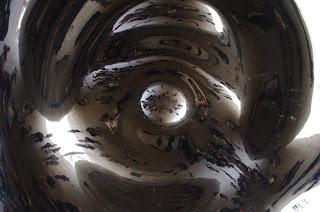 This was underneath The Bean. The distortion was really pronounced here. 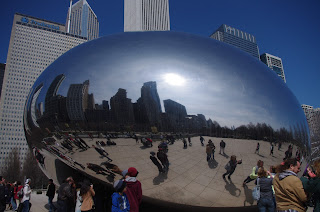 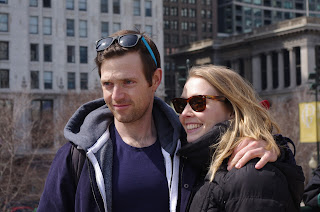 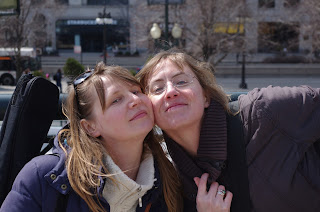 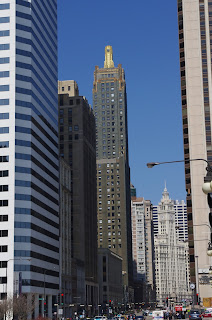 After that it was time for the return journey and to check in for a flight home. Our six hours in Chicago were great fun, hopefully we will get the chance to visit again for a little longer.

Posted by A postcard from prompt corner at 12:28